twitter goes down and leaves millions of users offline

The social network Twitter has stopped working around 23:30 in Europe and 16:00 in America and leaves millions of people without communication 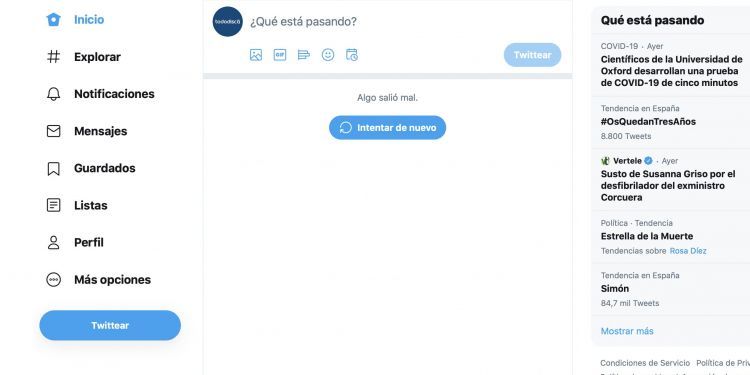 Yes, twitter is down and it’s not a problem with your internet connection. The popular social network of the little blue bird has stopped working around 11.30pm in Europe and 4.30pm in America and much of the world.

Many users are turning to other social networks such as Facebook and Google to find out what is happening with Twitter that we do not currently know (we will update).

The errors began to be seen around 11.30pm (Spanish time), when the first users realised that neither the iOS and Android apps nor the official website were working.

It’s not the first fall in October

Twitter already starred in another fall of the network in the current month, specifically on October 1st that left Latin America and Spain without service.

We will be updating on this social network disconnection.

Despite the fact that the star social network is Facebook with over 2.4 billion users, Twitter is not far behind with 145 million monetizable users (330M in total) active daily, of which 30 million are from the United States.

This figure, provided by the Hootsuite management tool on its website, has increased by 17% since the third quarter of 2018, according to Twitter’s Q3 2019 report. Monetisable users are those that Twitter detects as daily assets.