B12 deficiency affects between 3% and 43% of older adults, according to the US National Institutes of Health 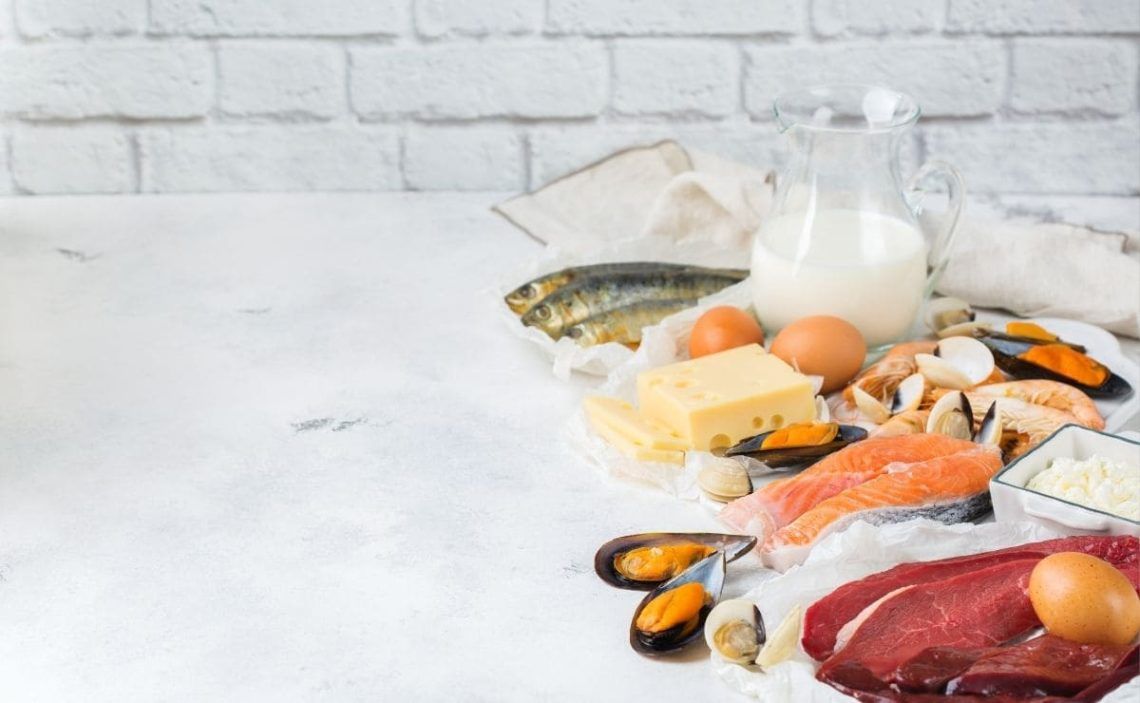 Vitamin B12 is naturally found in animal foods.

Vitamin B12 is an essential nutrient you must get from foods to keep your blood cells and nerves healthy. You may have heard some people are at risk of B12 deficiency, but how much should you get daily to prevent it?

This article follows information by the Office of Dietary Supplements (ODS). It is meant for general purposes only and does not constitute any form of nutrition advice. Do not rely on it as a substitute for actual medical guidance. Talk to your doctor or registered dietitian if you feel you may not be getting enough vitamin B12 or are considering supplementation.

How much vitamin B12 do you need?

As per the ODS guidelines, the amount of B12 you should be taking daily depends on your age and whether you are expecting or breastfeeding.

While scientists are still trying to understand the role B12 plays in health, research has show that this nutrient is critical to keep your nerves and blood healthy. It is also necessary for DNA production, and prevents a specific form of anaemia called megaloblastic anaemia. Other than that, the effects on health remain obscure.

For example, some studies point to a higher risk of developing cancer in people with high B12 levels, but other investigations dispute these findings or point to a higher risk in cancer in people with low levels of B12, so evidence is insufficient to make any definite claims. Dietary supplements of B12 and other B vitamins reduce your levels of homocysteine, an amino acid that is linked to a heightened risk of heart disease. In spite of this, research has shown that these vitamins have no effect in preventing heart disease or strokes.

B12 is also associated with cognitive function but, according to the ODS, research has mostly shown than low levels of B12 have no impact on the risk of cognitive decline among the elderly, whether they suffer from dementia or Alzheimer’s disease or not.

Vitamin B12 is one of the few nutrients that are naturally only found in animal foods. Good sources of vitamin B12 include meat, fish, eggs, poultry and dairy products. Clams and beef stand out as excellent sources of this nutrient. Plants do not contain B12 naturally, although it is possible to find it in many fortified foods like breakfast cereals or some nutritional yeasts. Some groups at risk of B12 deficiency can also use dietary supplements.

While most people get enough of this nutrient through diet, B12 deficiency can appear in people who struggle to correctly absorb it. It may take years for symptoms to appear, because our body stores 1,000 to 2,000 times as much vitamin as we typically consume on a normal day.

However, vitamin B12 deficiency is hardly uncommon, and is thought to affect between 3% and 43% percent of older adults in the US, according to data by the ODS. This is because the ability to absorb it decreases as we age. Deficiency symptoms include tiredness, depression, confusion, dementia and megaloblastic anaemia, as specified by this source.

In order to absorb this vitamin, experts explain, the body first needs to separate it from a protein it is naturally attached to. Then this released vitamin joins a protein produced in your stomach — called intrinsic factor — and they are finally absorbed. Some people, like those suffering from pernicious anaemia, are unable to produce this intrinsic factor, and therefore struggle to absorb vitamin B12.

If you think you may not be getting enough vitamin B12, talk to your doctor, as B12 dietary supplements interact with some medications and other supplements. The official guidance states you should get most of your nutrients from food and beverages. But if you eat little or no animal foods or suffer from a condition that prevents your body from absorbing this nutrient, it’s best to talk to your doctor for assessment, experts say.